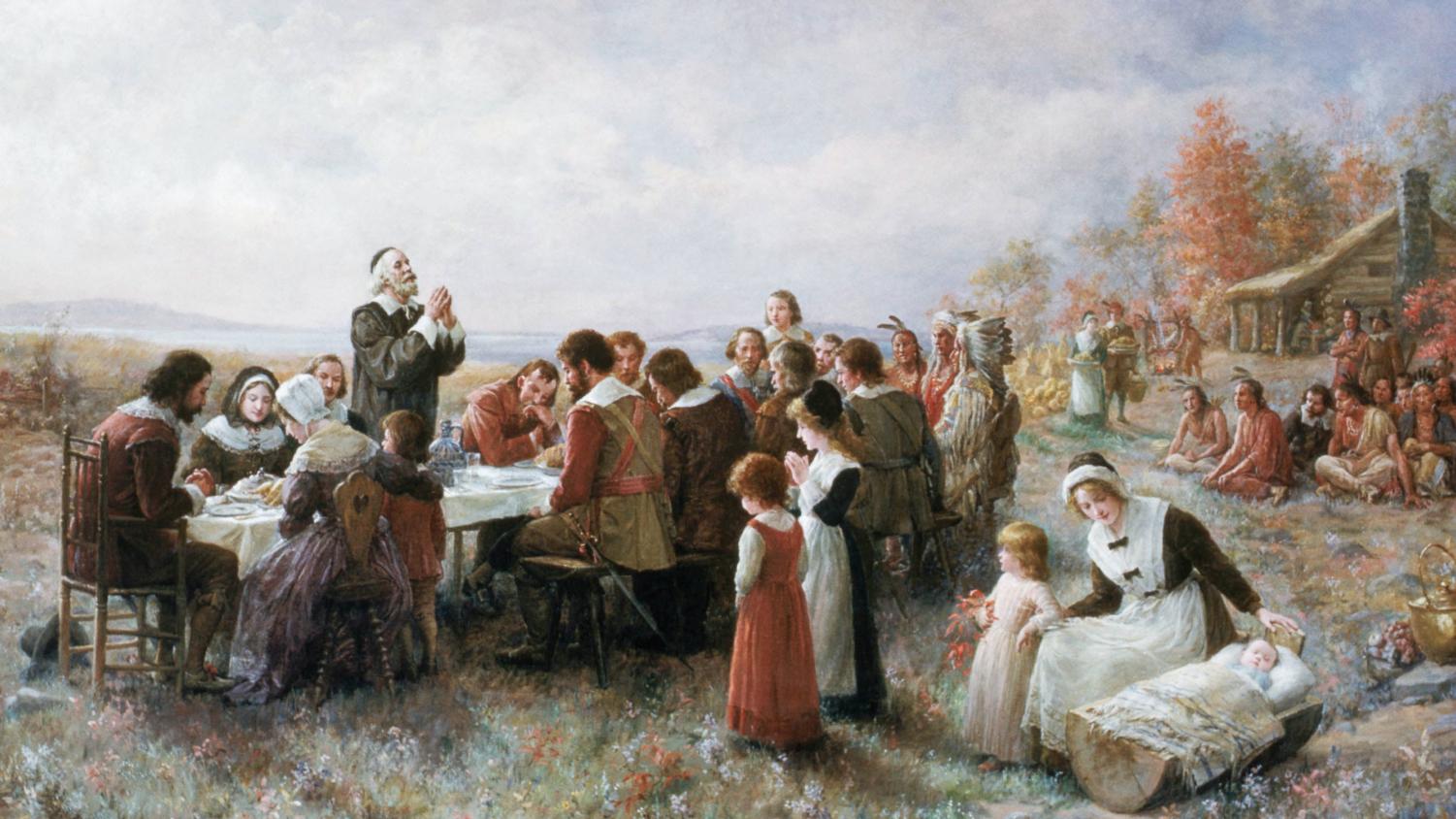 What Actually Happened on the First Thanksgiving?

Each year in school, students are taught briefly about the feast shared between Native Americans and English pilgrims after they arrived in America. Then, out comes the feathers, glitter, and construction paper. The real history of Thanksgiving is completely ignored, and traditional Native clothing is exploited for arts and crafts. What have your textbooks been hiding?

Native people may not have even been invited to the meal. There is no written record of an invitation to the Wampanoag tribe in either English or Native archives. This major detail, according to the New York Times, could have been completely fabricated in an attempt to depict unity between the foreigners and Natives. Wampanoagian Patuxet leader Tisquantum, as is truthfully recounted, played a peaceful role in helping the pilgrims after their arrival in Plymouth. Called Squanto in modern stories, he helped to translate between the contrasting languages, aiding in trade and diplomacy. The darker side of the story began in 1614 when he was captured and sold into slavery. By 1619, Tisquantum finally returned home, where he found the entire Patuxet tribe dead from Smallpox brought by the pilgrims. All occurring well before the first Thanksgiving, which took place in 1621, this contributed to high tensions ignored in history books between the Wampanoag people and the English.

It is important to be mindful of the true history behind Thanksgiving as you take your seat at the table each year, reflecting on the way Native people have been treated ever since the English arrived. They’ve endured wars, illnesses, and so many more tragedies brought by foreigners. It is essential for schools to educate students on the real history of Thanksgiving by acknowledging America’s true history.

If you want a picture to show with your comment, go get a gravatar.