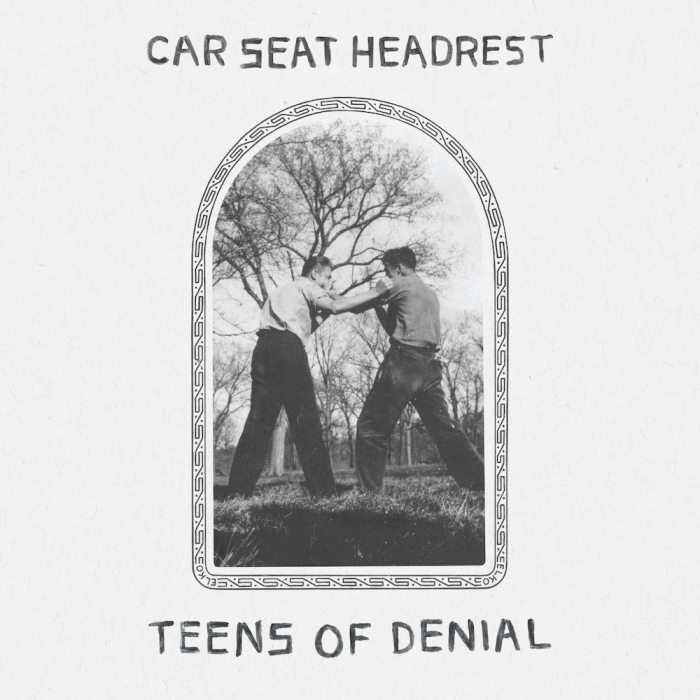 Teens of Denial: For the Nervous Young Man in Everyone
By: Leila Ruser
The album Teens of Denial by Car Seat Headrest is too long, too rough around the edges, and at times repetitive: yet painfully and utterly human.

The album was released in 2016, a year after the band’s first album with Matador Records. The shorter lofi cousin of Teens of Denial, Teens of Style was defined by lead singer Will Toledo’s immense vocal potential drowned in almost shoegaze reminiscent layering. On Teens of Denial, though, Toledo’s voice is clean yet personal: an expression of his emotions without any musical masking. On tracks like “Drunk Drivers/Killer whales”, he escalates from a falsetto to a yell as the song builds in pace and feeling.

What’s more important than his delivery as an artist, though, is what Will Toledo has to say.

Teens of Denial might best be described as semi-autobiographical: mostly fictional stories in the context of Toledo’s lived experience. The opening song for the album, “Fill in the Blank”, is an expression of his struggle with mental illness. Toledo spends most of the song lecturing himself一 “You’ve got no right to be depressed/You haven’t tried hard enough to like it”一 but realizes by the end of the track that he’s had it all wrong. In a moment of lyrical self-assurance, Toledo finishes with the words “I’ve got a right to be depressed/I’ve given every inch I had to fight it”.

For such serious subject matters, the band does not stray from musical expression, either. Teens of Denial is separated from its preceding albums by bombastic guitars,  complex build-ups, and a truly rock sound. The song “Destroyed by Hippie Powers” is an example of what makes ToD unique in Car Seat Headrest’s discography. Heavy instrumentals similar to Sonic Youth or Pixies offset the sung (or yelled) narrative about drugs and growing up. “What happened to that chubby little kid/Who smiled so much and loved the beach boys?”, Toledo yells as the track reaches its climax. Aptly titled, Teens of Denial is a coming-of-age album. It perfectly describes young adulthood: the confusion and poor choices that define it are explored through the lens of a nervous young man.

As humans, we seek out artistic mediums in which we see ourselves. Portraits that feature human subjects are often more likely to strike a chord than their still-life counterparts. As Will Toledo screams “It doesn’t have to be like this” at the end of Drunk Drivers/Killer Whales, he seeks to reassure both himself and the listener; he seeks to reaffirm our joint humanity.  Teens of Denial is the expression of one man’s doubt, fear, and at times anguish.

The album is not perfect, but perfectly human.