The Secret Life of Bees and Why You “Could” Read It 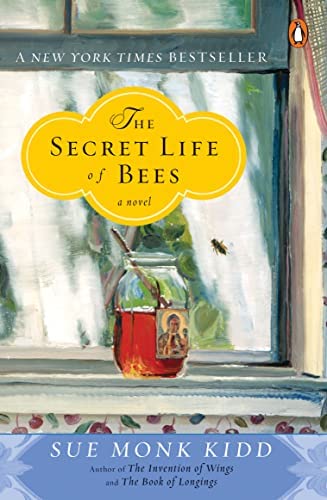 The Secret Life of Bees is a good example of why you should and shouldn’t judge a book by its cover. Although this book failed to hook me throughout most of my read, there are certainly things to appreciate.  For example, the story hits you with a curveball straight from the first chapter as we learn important bits and pieces of Lily’s past and present situation. Lots of readers would appreciate this approach as the author doesn’t wait until the middle of the story to start building the narrative. We also see heavy usage of motifs throughout the story such as the facts and references to bees and the mother which serve as a guide for Lily throughout the novel.

These aforementioned methods do help the structure of the plot. For me personally, however, it’s when the story starts to move forward after the next few chapters that the plot starts to fall flat. Lily is somehow able to track down August, one of the pivotal characters later on, from a single picture that her mom had. And up to that point, most of the events leading up to that are just too convenient and make the first part of the story feel a bit lazy while also making Lily feel less relatable as a person overall. Furthermore, despite the fact that making the main character/narrator white can bring a different perspective to life during the later stages of the Jim Crow era, which some readers may find relatable, it also gives the reader a narrow, close-minded point of view of the other characters considering most of them are black.

I’ve always considered the ending of a book to be the backbone of a good story and I hate to say that the last few pages make you wonder why there wasn’t just another chapter written.

Although not every ending needs closure, this one certainly did and Monk-Kidd executes it terribly. You go straight from Lily staying at August’s house to her being in school while also introducing new names that bring no substance. I had to read the last five pages about four times before I could piece together what just happened, and even then I was still scratching my head thinking if there were a few pages missing in my book. This is by far my biggest complaint.

Despite some of my harsh words, The Secret Life of Bees still has a fairly strong plot and is an interesting and enjoyable read that is sure to make you think at certain moments even if it does suffer from a few issues.