My Year of Rest and Relaxation Review 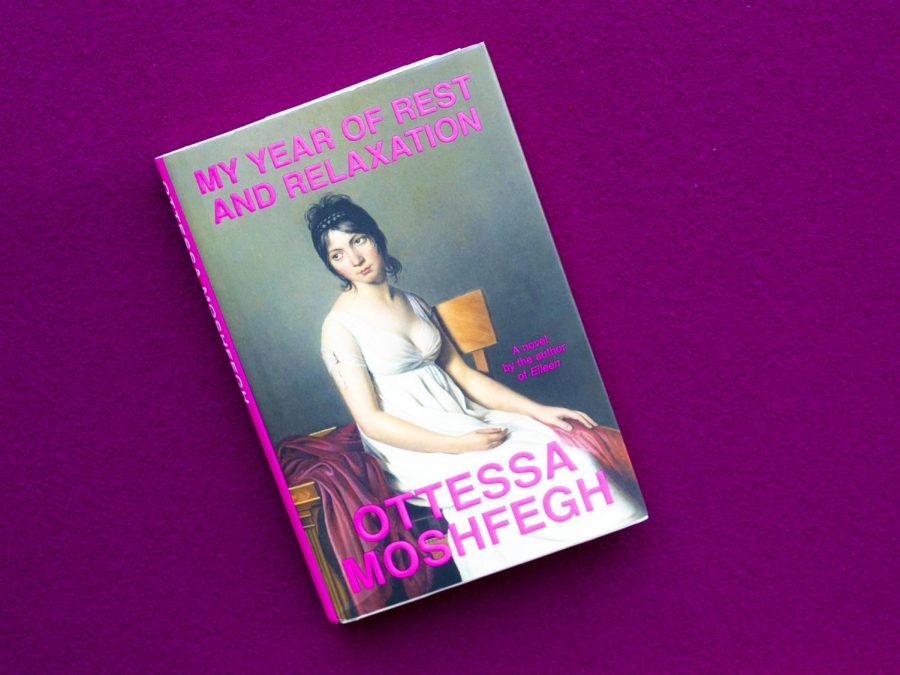 For a generation of women bent on finding masochistic joy in their own pain, Ottessa Moshfegh’s My Year of Rest and Relaxation provides the perfect instruction manual.

The novel details the descent of an unnamed protagonist into a state of emotionless, pill-driven “sleep”. Haunted by memories of her incredibly unpleasant ex-boyfriend and the constant orbit of her self-destructive best friend, Reva, the main character is consoled only by her state of self-described hibernation. Though she is privileged, relatively wealthy, and as the reader is almost constantly reminded, effortlessly pretty, she is terribly alone.

Moshfegh, propelled into the spotlight by her successful debut novel, Eileen, has a characteristically eerie descriptive style. A reader would be challenged to find a likeable character anywhere in her novels—but this is no deficit. Rather, Moshfegh molds an atmosphere that can only be described as perpetually unsettling: her words feel like a cold sweat, a dull object embedded in one’s foot, emotionless wall art in a Holiday Inn. She is entirely purposeful in this discomfort.

This novel is enrapturing: but, like all art, imperfect. It’s length is both a weakness and a strength. Though the 285 pages lend themselves to a more conclusive experience, it isn’t necessarily a page-turner. Instead, I found myself becoming briefly disengaged from the narrator, breaking the eerie spell Moshfegh labors to create. As well, though the ending is not bad by any means, it is difficult to imagine any end at all that could follow the book’s contents. Because so much of it is artistic rather than plot-driven, I felt a unique ability to step in and out of the novel without any confusion: It reads like a still and timeless painting.

Perhaps even more impactful than the literary content of the novel itself is the movement it was soon swept into. Several years after its release, it began showing up in images on pinterest, atop of frilly outfits as a sort of accessory. Often, these would have cryptic captions, or, if they were based on TikTok, they would be part of an “aesthetic”. When I read this novel, I found it thoroughly unglamorous, and intentionally so. Why, then, would these young women pair it with their style videos?

My Year of Rest and Relaxation was not alone in its seemingly random renaissance. Novels like Plath’s The Bell Jar or Nabokov’s Lolita, both generally hailed as literary masterpieces, were subjected to the same treatment.

All of these novels share a similar idea of female suffering: subtlely violent pictures of women and girls breaking down. Though you think you’re watching an outfit video, or looking at a collage of cherry red lips and cigarette-smoking models, these novels permeate the sickly sweet atmosphere.

It is not clear if this was Moshfegh’s intention for her novel; however, my interpretation as a young female reader certainly deviates from the bizarrely saccharine portrayal the novel is given by these young women. For me, My Year of Rest and Relaxation was a disturbing look into another unthinkable life—is it providing a picture, though, of what our female generation believes is inevitable?

With this disturbing thought, we are left to examine the novel alone. Regardless of Moshfegh’s intentions or the internet’s interpretations, it is obvious that it is a skillful and imaginative piece of art. Ottessa Moshfegh continues to write masterful literature that does not rely on page-turning suspense or flowery language to capture a generation— a vivid ode to the worst in all of us.