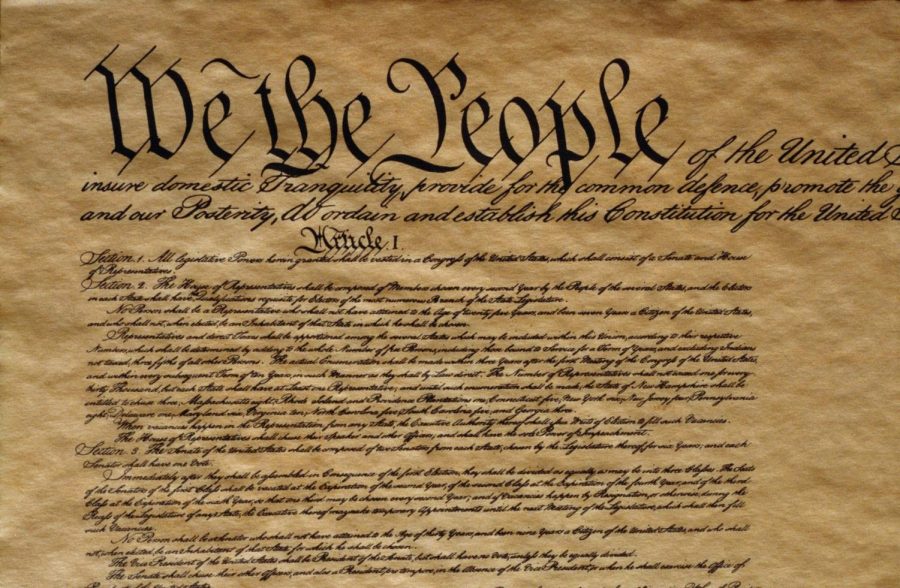 There is a hidden clause in the Fourteenth Amendment to the US Constitution. It hasn’t been hidden by anyone nor was it ever intended to be a secret, rather it has been lost in the technicalities of government and between the folds of history. This clause, that I call the reduction clause, is in the second section of the Fourteenth Amendment and gives Congress the power to reduce a state’s representation in the House if the state violates the people’s right to vote. If you are like me, when understanding what this clause means, your first thought would be “then why haven’t I heard of Congress using it?” Of course, like anything in politics and law, it is much more complicated than it seems, but with the issues of voter suppression and fraud that the United States faces today, I think the reduction clause is worth taking a closer look at.
The Fourteenth Amendment was written and passed by the 39th Congress of the United States in a time period called Reconstruction. Dealing with the aftermath of the Civil War, the 39th Congress faced many challenges: the trial of President Lincoln’s assassination, the first-ever presidential impeachment trial of President Johnson, rebuilding the Union, enforcing the Thirteenth Amendment (the ban on slavery) in all Slave States, and ensuring that the Confederate states rejoining the Union would not once again betray the Union, just to name a few. With all the challenges that faced them, the 39th Congress also had unprecedented power, with a supermajority in both houses. The Republican congressmen could not only win any floor vote but also overturn any of President Johnson’s vetoes.
The Fourteenth Amendment was the solution to many of the problems that the Reconstruction period posed. In its first section, it declared that all persons born in the United States, including former slaves, were citizens of the United States and therefore guaranteed equal rights, equal protection, privileges and immunities, and due process in front of the law. As we know, the first section was a far cry from the solution to racism, segregation, and discrimination of all kinds in the United States, but it attempted to force the slave states to recognize the rights of freedmen, and it eventually became the basis of most equality cases today (Roe v Wade, Brown v the Board of Education, etc). By the era of Jim Crow, this section had been taken apart by the courts and temporarily reduced to being powerless, but for a brief period of time in the South, under Union occupation, it actually worked. The first Black congressmen were elected to the Senate and House, elections were fair and, despite voter intimidation by forces like the KKK, Black men were able to vote in big enough blocks, along with left-leaning whites, to elect liberal local officers.
The second section of the Fourteenth was intended to explicitly eradicate the 3/5 Compromise, stating that each person (besides of Native Americans who were not taxed) counted as one person and the representation of each state would be proportioned accordingly. Following this clause, there is the reduction clause stating:

…when the right to vote at any election for the choice of electors for President and Vice President of the United  States, Representatives in Congress, the Executive and Judicial officers of a State, or the members of the Legislature thereof, is denied to any of the male inhabitants of such State, being twenty-one years of age, and citizens of the United States, or in any way abridged, except for participation in rebellion, or other crime, the basis of representation therein shall be reduced in the proportion which the number of such male citizens shall bear to the whole number of male citizens twenty-one years of age in such State.

To summarize, if a state is found guilty of violating its people’s right to vote in national and local elections, the state’s representation in the House can be decreased by a proportional ratio of the number of suppressed voters to the number of eligible voters. The third section of the Fourteenth Amendment states that no Senator or Representative that was a congressman at the time of their state’s secession will be allowed back into Congress, for fear of another uprising and as punishment of their treason to the Union. The fourth section deals with the topic of Confederate debt in war reparations and the fifth section gives Congress the power to enforce the entirety of the Fourteenth Amendment by legislation, and that is where the first problem lies. Through the fifth section of the Fourteenth, Congress has the power to enforce the reduction clause, but nowhere in the Fourteenth Amendment did anyone explain how.
This section of the Fourteenth Amendment was meant to either “compel the States to grant universal suffrage or … shear them of their power as to keep them forever in a hopeless minority in the national Government,” according to Thaddeus Stevens, the leader of the Republicans of the House in the 39th Congress. Congressman Stevens, along with most of the congressmen of the time, considered this section to be the most important provision in the Fourteenth Amendment. According to Senator Howard, a member of the Senate committee that drafted the Fourteenth, not only did the amendment ban physical blocking of voting but also legislation like literacy tests, poll taxes, or any other law that would deter a certain population from voting would be found unconstitutional. However, after the period of Reconstruction, the Union gave up on rebuilding the South, favoring instead turning a blind eye to massive infringements on rights in order to preserve unity in the country. Despite the potential of the Fourteenth to protect the right to vote, the effort to rewrite the history of the Civil War distracted and prevented Congress from ever utilizing the power they had gained.
Today, if the second section of the Fourteenth Amendment was to be enforced, it would have to jump through many hoops in order to work. It is unclear who the responsibility of hearing the complaints would fall to; voter suppression is a judicial branch issue, but the Fourteenth specifically gives Congress the power. How would Congress determine the scope of the disenfranchisement when the Census is regarded as inaccurate and only a portion of the population votes to begin with? How would voter suppression be defined in an age where photo identification is required to verify registered voters, but an ID requires a birth certificate, and obtaining one requires money and time?
The challenges, though, are far outweighed by the possible benefits. The right to vote is a fundamental right that creates the basis of our democracy. Through voting, we preserve the integrity of our democracy and when the right to vote is suppressed, we lose the right to call our country a free and democratic society. The right to vote allows us to participate in our government and have an impact on how our country functions. The second section of the Fourteenth Amendment is complicated to implement, but as of now, we haven’t even tried. Most people don’t even know the clause exists. It was created to protect the right to vote at any cost and these days, I think we can all agree that we need a path to the protection of suffrage. The Fourteenth Amendment is that path and as intricate as it is, I think it is worth trying.