A Poem by Julia Schroers 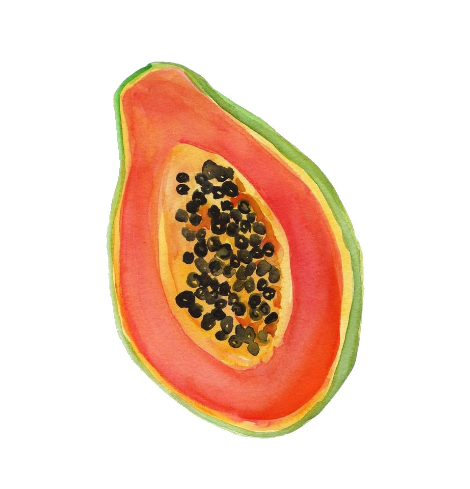 On the five hour train ride

In the four person seating section

Beside my mother and brother and I

a large container of papaya.

never had a houseplant before carries it: with breath held and eyes wide.

She is in college but when she was little she was such a great child to travel with, because she

would sleep on trains-

Makes a joke about himself

And offers us pieces of papaya.

The important man lives alone, he has big windows he tells us,

Big windows and an empty house,

And lots of extra papaya and only the housekeeper to talk to,

Visit her bloodstained one, the house of her mother, in a wartorn motherland,

And she got all excited and visited the cratered streets,

only to get trapped between the bombs and

Sent the important man into a frenzy, calling up the ambassadors and other important people

He smiles- she arrives back to clean and to

A piece something from the loneliest corners of his empty house,