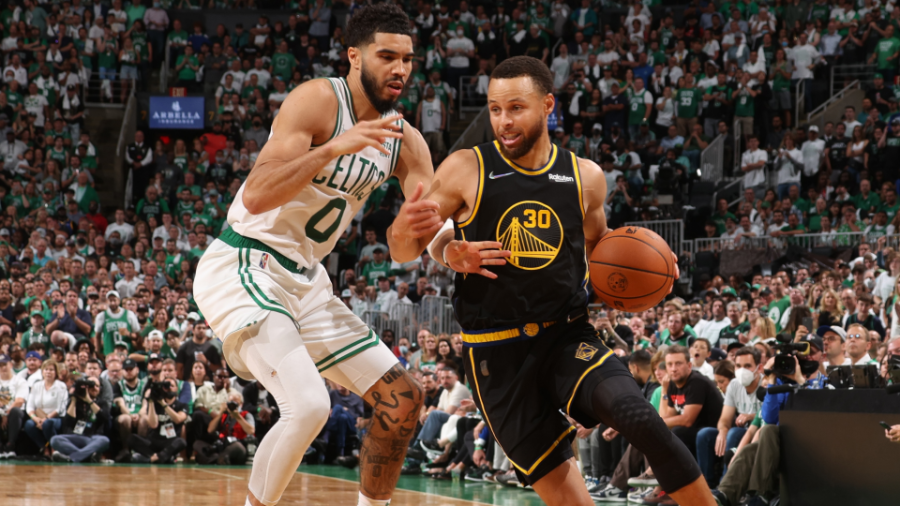 The NBA finals game 5 on Monday night, June 13, 2022,  showed why the Warriors might win it all again. Andrew Wiggins had a great defensive game with just 26 points but still played a significant role against the Celtics in game 5. He vigorously defended Jayson Tatum leaving him with only one basket for quarter four. The Warriors have now taken a 3-2 lead in the NBA finals, which means they are one win away from winning the 2022 NBA finals. What do the Warriors have to do now? Well, Stephen Curry needs to step up his game. In game 5, Curry missed all of his three-pointers and ended the night with only 16 points, a major difference from his last game where he had 43 points and lifted the Warriors to a major victory. Making these shots and gaining these points will help the Warriors immensely. Overall the Warriors have been playing extremely well in the finals and look unstoppable out there at times. On the other hand, the Celtics have struggled to keep a constant appeal. In game 1 of the finals, they came back in the fourth quarter and showed the Warriors that defense wins games. However, after Game 1 they are lacking that strong defense they are known for, allowing the Warriors to slip through with the win. Not only has the Celtics’ defense been poor, but they have not made their shots on offense leaving them with no points gained. Jayson Tatum and Jaylen Brown haven’t been living up to their legacies and lack the confidence and endurance to win the championship. Both J’s played badly in game 4 and game 5 giving the Warriors a win. If the Celtics want to win these finals they have to step up their defensive motives. Defense is the one thing that can get them the win and the Celtics can do that if they play like we all know they can play. It’s all in their heads. They are giving up too many threes which in turn is costing them the games. Additionally, on offense Tatum is known for his crazy threes but where are they? Another reason why the Celtics are losing is that they are forcing too many turnovers, again from their lack of defense. In game 5 they turned the ball over 17 times, and statistics show that when the Celtics turned the ball over more than 16 times they tend to lose those games. They have to start protecting the ball or they say goodbye to the great victory wrapping their season up. It’s time for the Celtics to get out of their heads and play like they deserve to be on that court because they do. The hard work does not stop now, this is where it’s turned up. So what do I think will happen next in the finals? I think the Celtics will bounce back in game 6. Ime Udoka is a great coach and won’t let the Celtics lose the third game in a row. This means that the series will go to a game 7 at the Warrior’s home court. But the Celtics will ride the hot hand in game 7 and win the NBA finals. Keep in mind the Celtics did come back against the Bucks from 3-2, so they have the capability to do it again. And to finish off with a great note, Jayson Tatum and Jaylen Brown have always played their best when everything is on the line.